It is summer 2013 and after a long journey I finally reach Solvorn in Sogn og Fjordane. The morning after a night at the wonderful Eplet hostel sees me on a small ferry slowly crossing Lusterfjord and heading towards Ornes. A short, steep climb reveals Urnes stavkyrkje. And there on the north side are the carvings… The breath of Vikings are on your shoulder. Photographs don’t convey the unworldly and mesmerising presence they bring to the fjord-side. They are believed to be reused remnants of a previous church on the same site and, because they are facing north and away from the sun’s light and heat, they are superbly preserved. The carving timbers were felled in 1129 and 1130 CE. The Black Death ended the building of stave churches after around 1000 had been constructed across Europe and Urnes is one of the remaining 28 stave churches remaining (all in Norway).

I want to stay longer but I can see the last ferry is heading towards Ornes and I have to leave. What will I turn this experience into… 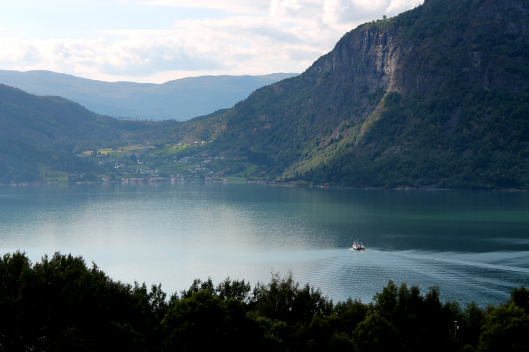